Climate change and the ‘greenhouse effect’ fears may feel like a relatively new thing but scientists began to realise the link between certain gases and rising temperature way back in the early 1800’s.

The first person known to have experimented on the warming effect on sunlight and different gases was Eunice Foote, an American scientist, inventor, women’s right campaigner and distant relation to Isaac Newton

Similar work was also carried in out in 1859 by Irish scientist John Tyndall and by the early 1900’s some even believed it would lead to the extinction of the human race. 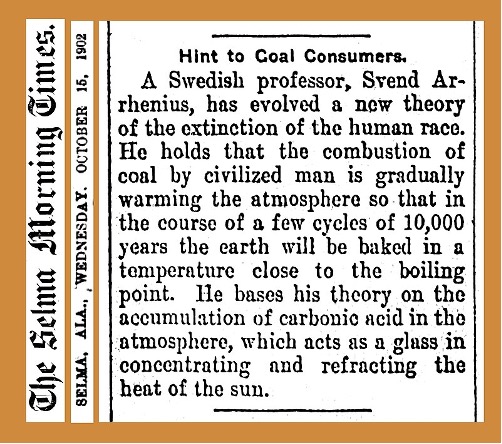 The NASA Climate spiral is a great way to see the increase in global temperatures. 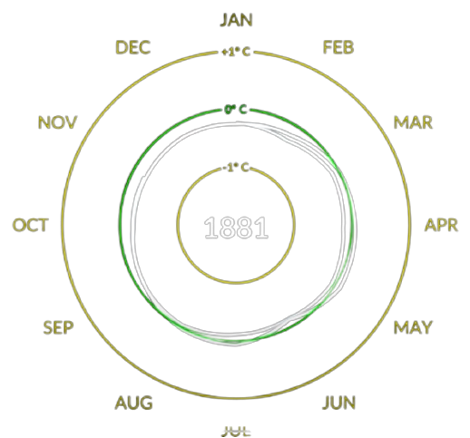 It starts in 1880 and for the first 60 or so years the temperatures stay roughly within the middle circle of 0 degrees. Then with each following decade the temperatures increase until 2015 when they begin to break through the + 1 degree circle.

The video ends by showing the changes as a vertical stack which shows the increase much more clearly.  You can view the animation here – Climate Spiral 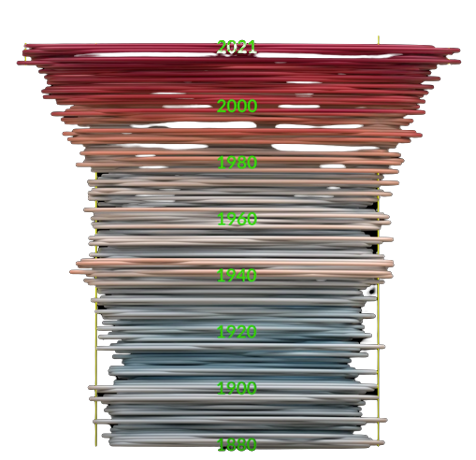 An increase over + 1 degrees over 140 years does not seem like a big deal at all. We experience big jumps in weather temperatures throughout a year so what is all the fuss about?

This is a big difference between weather and the climate. Next issue we will look at why such a small increase is such big news.